According the CDC (Center for Disease Control) Obesity (yes obesity is a disease) is an all too common disease state for Americans (and for people from countries all over the world). The U.S. obesity rate is more than one-third (36.5 %). For some groups like non-Hispanic blacks the rate is much higher (48.1%) and for Hispanics (42.5%). In Mexico, the world’s most obese nation, 7 in 10 adults are overweight (that’s nearly 70% of the adult population)! There are also economic factors such as the fact that higher income men tend to be more overweight than lower income men, the opposite is true for women with lower income women being more overweight then higher income women.

END_OF_DOCUMENT_TOKEN_TO_BE_REPLACED

Though they may look the same, not all pine trees are equal. Such is the case with the Siberian Fir tree (also known as Abies Sibirica). To the Sumerians, whose civilization was a precursor to the modern world yet remains clouded in mystery, the Siberian Fir was a sacred tree. It was viewed as a symbol of power, grandeur and immortality. This is confirmed by writing on clay tablets from about 7,000 years ago.

The reason ancient cultures valued this pine so highly was due to its medicinal and therapeutic properties. Sumerians would make broths, compresses and primitive Band-Aids with the oils and saps from this tree. The anti-bacterial and fungal properties of the Siberian Fir are amazing. In fact, in forests where this tree grows, the air is basically completely free of microbial pathogens.

END_OF_DOCUMENT_TOKEN_TO_BE_REPLACED

Jojoba oil has become increasingly popular in recent years.  For many it has become a part of their daily beauty regime.  Most people do this because they are aware fo the two most popular uses for Jojoba oil: hydrating your skin and hair.  For most this what they know Jojoba oil  is good for.  But it’s good for much more!  Let’s take a look at a few of the more unknown things about Jojoba oil.

END_OF_DOCUMENT_TOKEN_TO_BE_REPLACED

For men, beards and facial hair have made a huge comeback lately.  A full, healthy beard is a sign of health and vitality in the modern man.  There are a lot of conventional products that can be purchased for daily beard maintenance (like shampoos and wax) as well as products designed to help men grow a thick healthy beard.  Unfortunately, most of these contain unnatural ingredients that can actually inhibit hair growth because they do not address the foundation of healthy hair, a healthy body!  This should not just concern men either, as any women with a man in her life that she cares about should be concerned with the health of his hair, as it (like skin) reflects the health of the whole man.

END_OF_DOCUMENT_TOKEN_TO_BE_REPLACED

Activated charcoal is beneficial for skin problems such as acne because it possesess adsorption properties. When applied onto the skin, activated charcoal performs an incredible job at reacting with the elements and absorbing acne-causing bacteria. It deep cleanses and purifies your skin.

END_OF_DOCUMENT_TOKEN_TO_BE_REPLACED

A widow with ten boys to feed was once asked how she does it? She replied, “I feed them what they don’t like and give them as much of it as they want”. Sound advice from a women in a impossible situation for most of us. But it highlights what should be a parents priority, to feed their kids and feed them well. This does not always include what they like… as far too may parents are focused on pleasing their kids, often attempting to get them to eat more. Unfortunately, this often means compromising health and nutrition for quantity and compliance.

END_OF_DOCUMENT_TOKEN_TO_BE_REPLACED

Oh that infamous Chlorine Bleach… Most of us think that if you really want get things cleaned around the house, you most certainly should be using Bleach. After all my mother used it, my grandma used it and her mom before her used it. But on the other hand, there is more data coming out each day warning us about harmful, even hazardous effects of Chlorine Bleach on our health.

END_OF_DOCUMENT_TOKEN_TO_BE_REPLACED

Most American households have at least one box of baking soda in it.  Either in the back of your refrigerator or pantry, it most likely is only pulled out for baking or cleaning (yes there are many things you can clean with baking soda).  But perhaps you might want to pull it out a little more often!  As it turns, out baking soda is an effective cure for several common, yet uncomfortable and potentially serious ailments.

END_OF_DOCUMENT_TOKEN_TO_BE_REPLACED 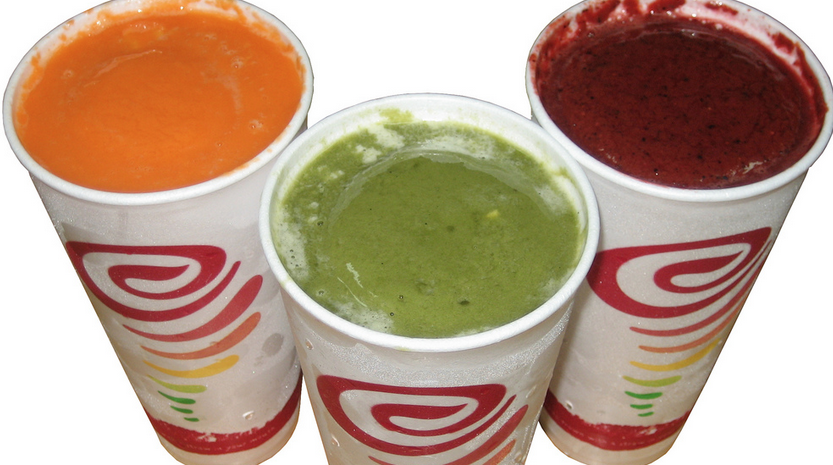 In 1990, Kirk Perron came up with the idea of a juice bar, after while sipping on his smoothie after his daily workout. After being denied loans from multiple banks, Kirk was lent the money to start his business from his mother. In the first weekend of being open, 2600 people walked through The doors. There are now 800 Jamba Juice bars across the world.